CIK deadline and useful information about the Trophée de France

Be careful, the deadline to complete your CIK-FIA entry form to the European Championship is very close now.

Do not confuse the CIK event (1) and FFSA (national) event (2) referred to as Trophy of France, we organized at the request of several drivers (Team Busby, JM Fernandez for his 4 stroke engine, some drivers using Rotax ...). It is two separate events as is done in the UK and what will happen at Donington between the CIK (Div 1) and GP for Single Cylinder and then F450. 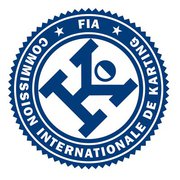 (1) We have learned (unofficial predictions), that most registrants have just done but lacks a number of you; Unavailable or late to save their entry ?
This is all the more surprising that several have announced to participate but have not yet fulfilled their obligations and the CIK admitted a (British) demand that admit and create a single cylinder Cup (separate classification in the official event CIK), which should please our British friends but also to the Gas-gas possessors from Germany. It was announced that 15 drivers could be interested in this opportunity, but should you decide !

(2) - The other event is the FFSA’ one; A useful precision, it is possible to participate with a national license but with agreement from his ASN (DMSB or MSA or KNAF ...)
- All 4 stroke engines are allowed, the KTM450 for example.

PS: Extract from CIK rule
2.3.4: A National competition may, at the discretion of the authorising ASN, accept the participation of licence-holders from others ASNs...
2.3.6b The ASN that is authorising the competition accepting the participation of licence-holders from others ASNs must observe the obligation to provide the FIA and the competitors and drivers....
It was included in the Rules of this Trophy.
Jean-Christophe Bourlat